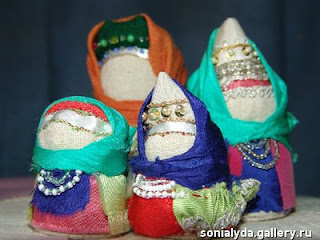 These dolls were not hard to make and very often they were made from the old worn pieces of clothes and not because of poverty and unavailability of better materials, but because people believed that the worn old clothes of family members contained pretective energy and would serve as amulets for their young children.

They do not have eyes, mouths and nose but every doll has her own identity, her unique character. Every doll was assigned her own role. For example, the doll which had a role of an old grandmother could never be made from pink colored pieces of cloth. This color was only for young girls. The doll which as been given a role of a mother or married woman had to be different from the doll with the role of young unmarried woman.

The simplicity of making these dolls is proportional to the complexity of their meaning. They reflected the human perception of the world. The dolls which have been made in the shape of a corss, pointed into the four directions of our world. The dolls which were tied around their waist and neck represented the tripple perception of the world: heaven, earth and underground. 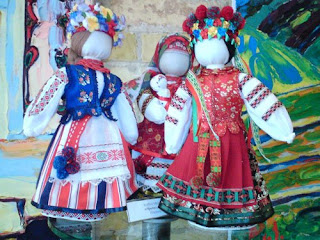 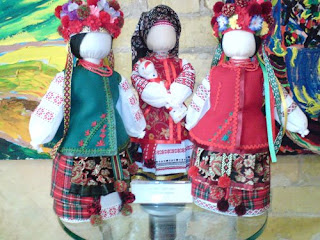 Posted by SlingoMama at 8:11 AM No comments: Links to this post 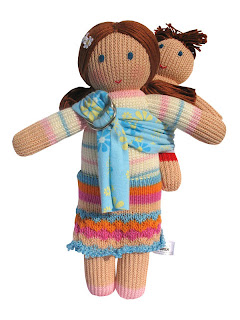 The dolls have been playing a very special role in many cultures since the beginning of the human existence. They have been used in rituals and ceremonies, they were made to become symbol and amulets, and the most important is that they have always been a one of the most valued toys for children.

The dolls are the reflection of humans and especially for children they become the first attempts to discover their identity by playing with dolls and assigning them human roles. Little girls of just 2 years assign a role of a baby to a doll and like to wrap it in the piece of cloth, just like mama did when they were babies. Later they imitate dresses and gowns by wrapping their dolls in colourful pieces of fabrics.

One can go on and on describing how children play with dolls. However, let's turn to the subject of babywearing. This is big issue in the relationship of mother and child has been transferred into the world of dolls and here they are the Babywearing Dolls.
Posted by SlingoMama at 3:17 PM No comments: Links to this post